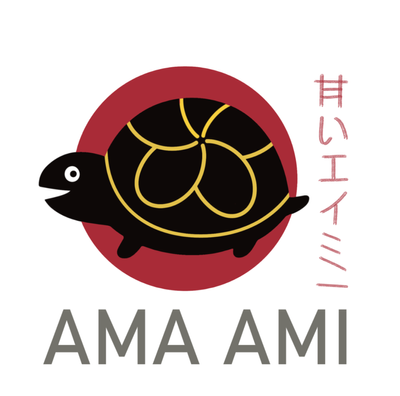 The name AMA AMI (ah-mah - ai-mee) started out as a joke based off of Amy's favorite sushi, ama ebi or sweet shrimp. Since 2016, she believed it to be so genius that the idea stuck with her until it was spoken into existence. Coincidentally, the concept worked out since Zach focuses on Sushi (even with his deadly shrimp allergy) and Amy with her Desserts. Duality and Balance is the definition of "Sweet Amy".

AMA AMI is a DC based food service that practices Edomae style sushi, using a dry-aging technique. We offer in-home sushi counter experiences, chirashi bowls to-go, and turtle shaped cream puffs. We are only a team of two and we hope to expand soon! 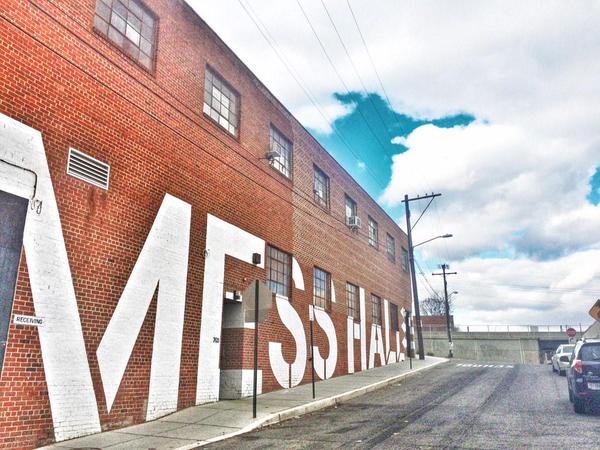 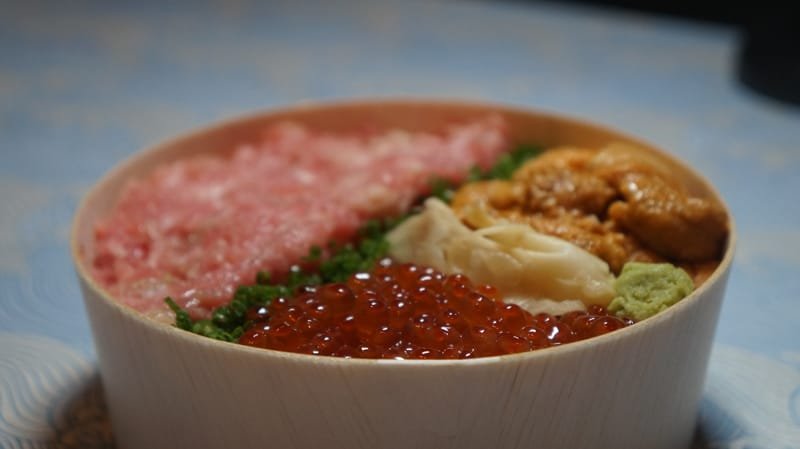 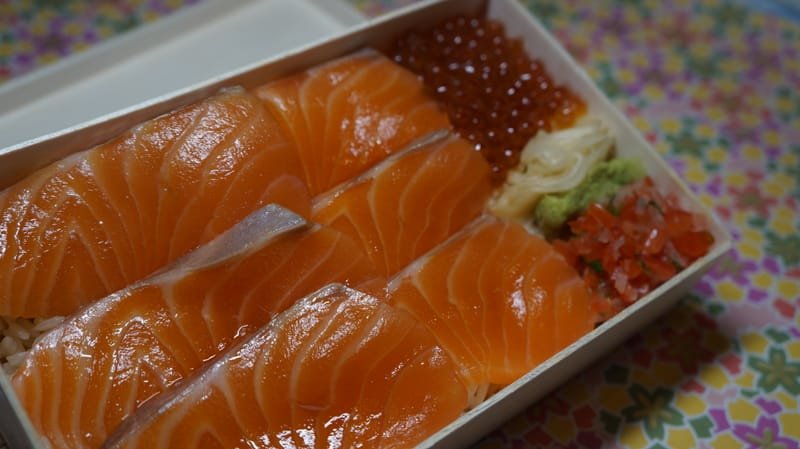 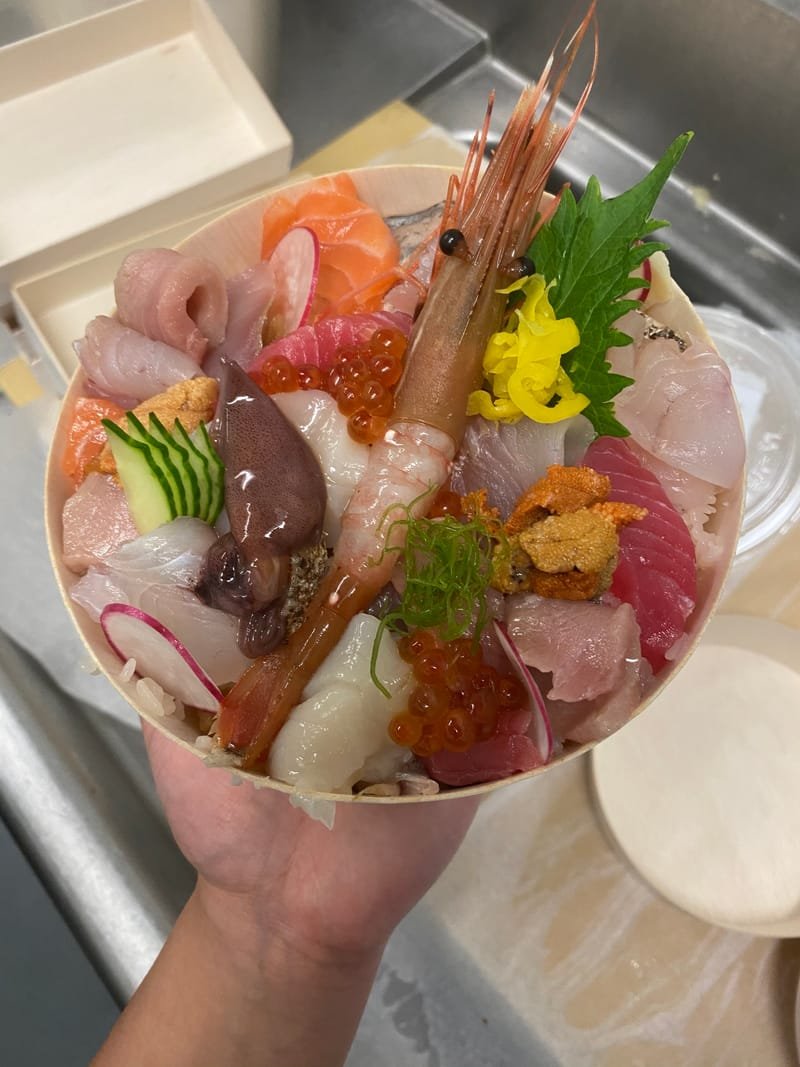 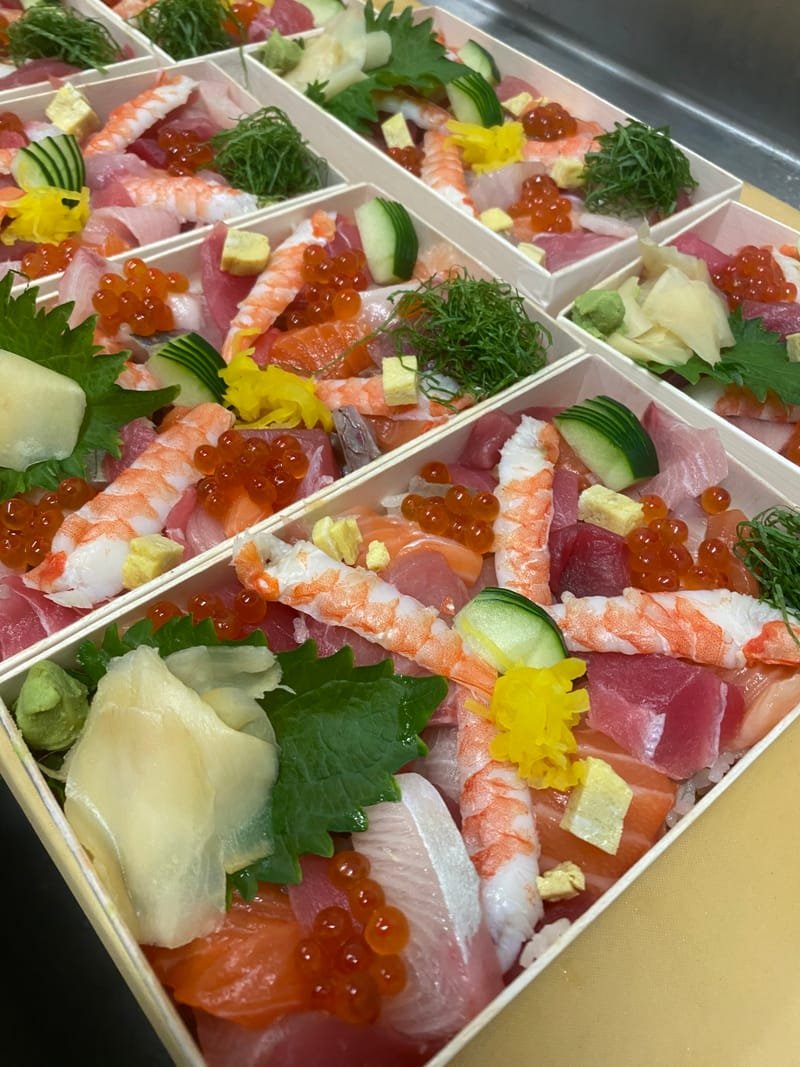 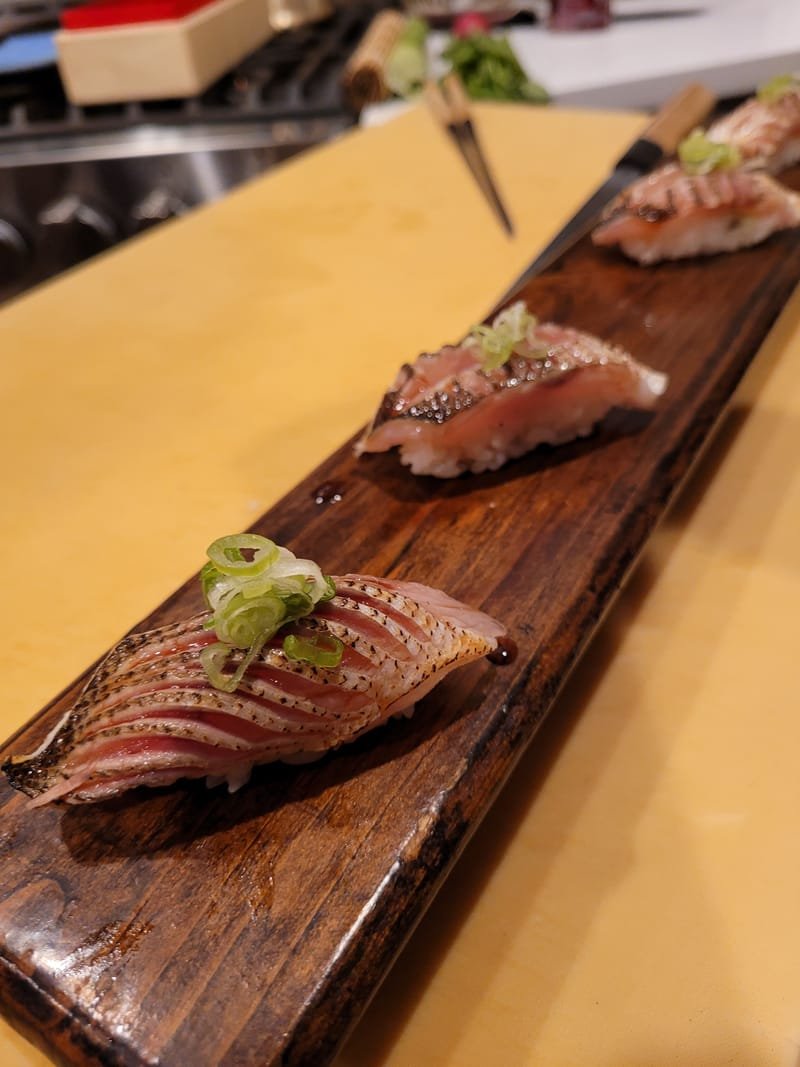 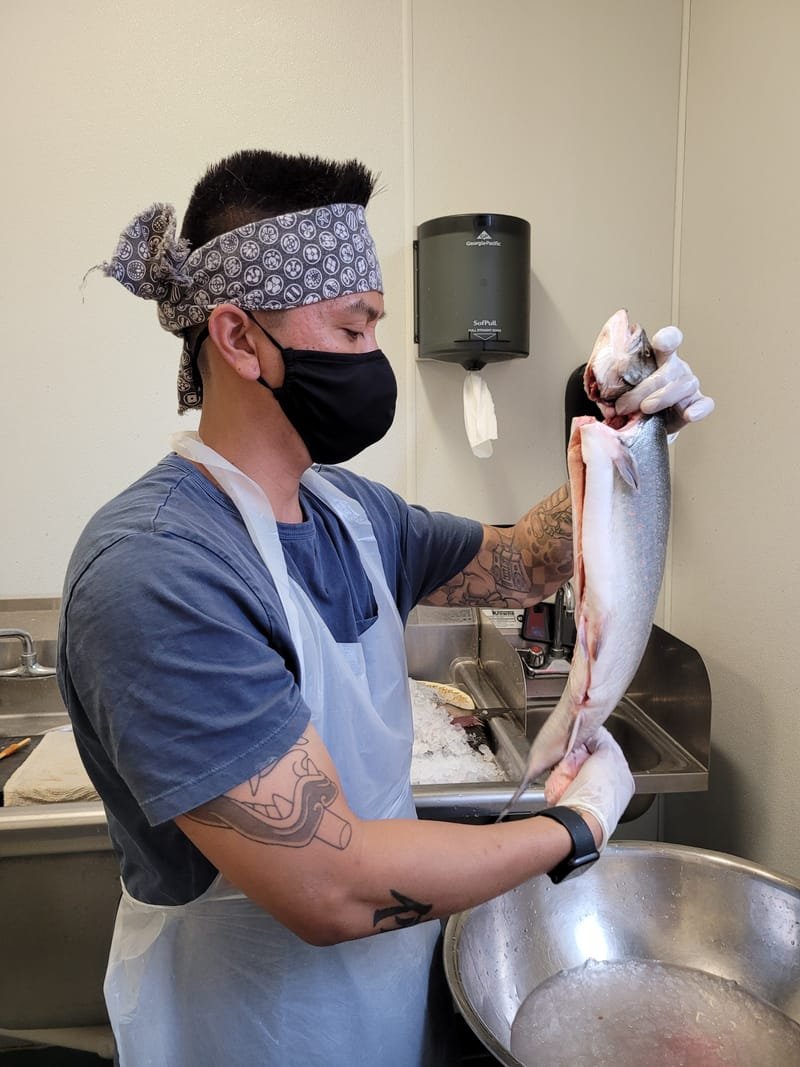 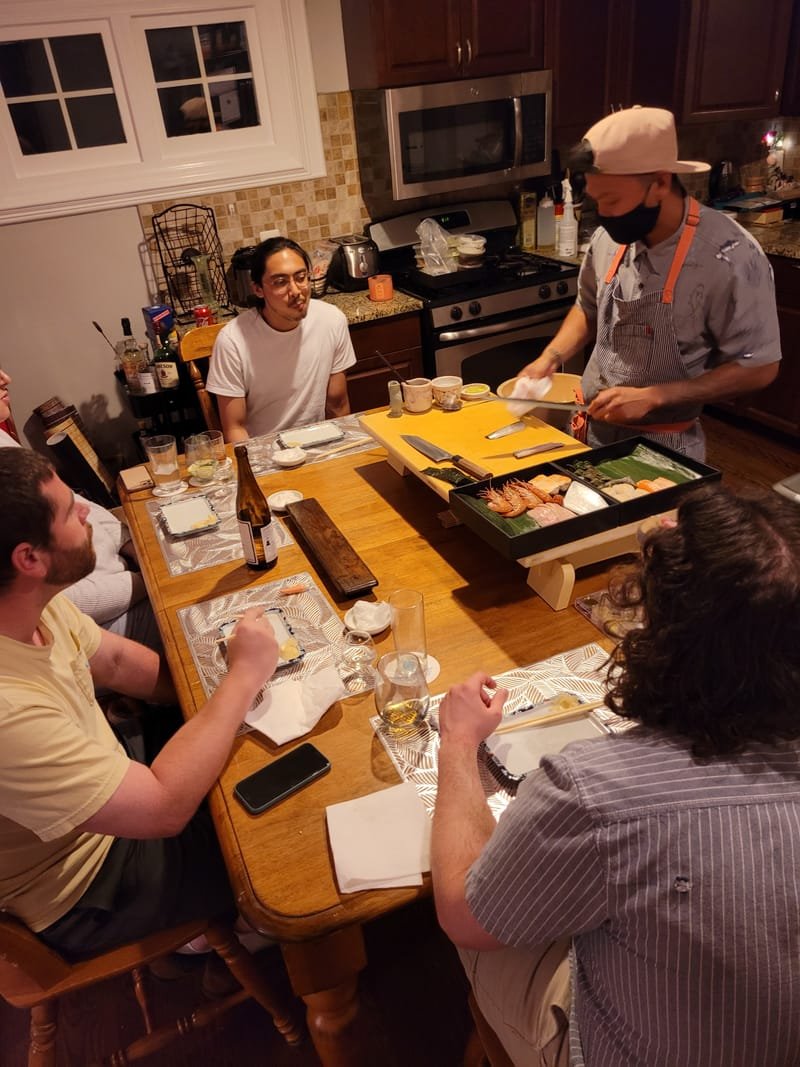 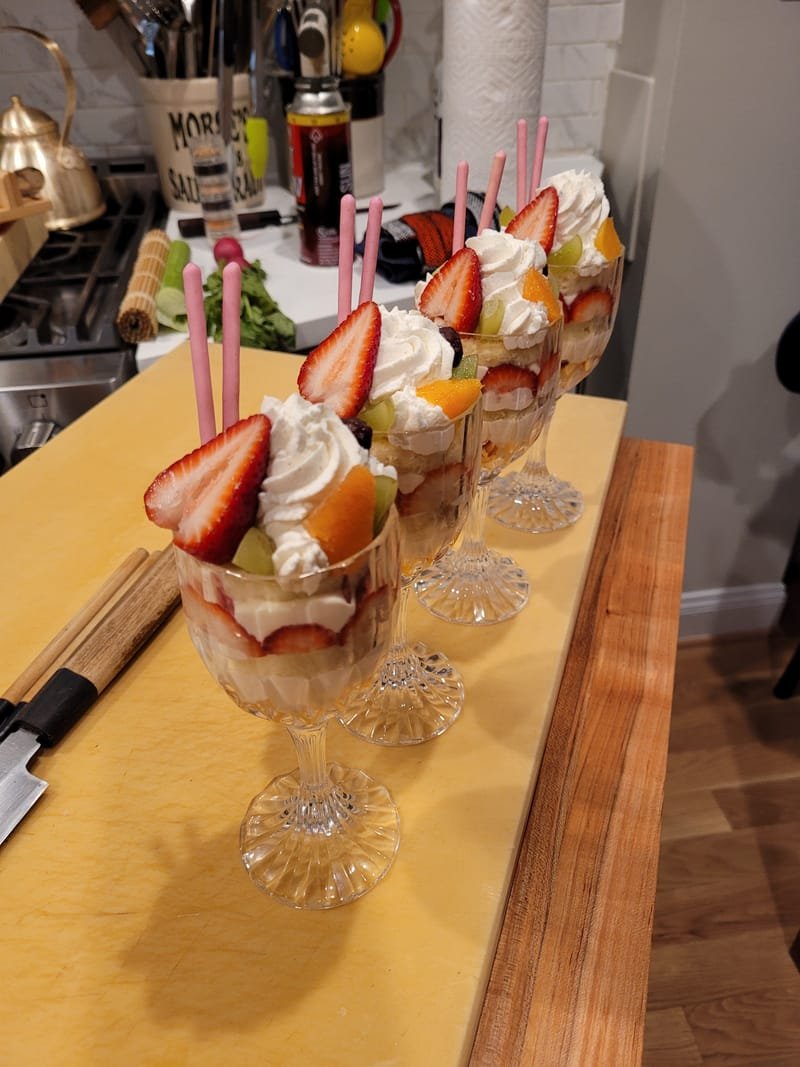 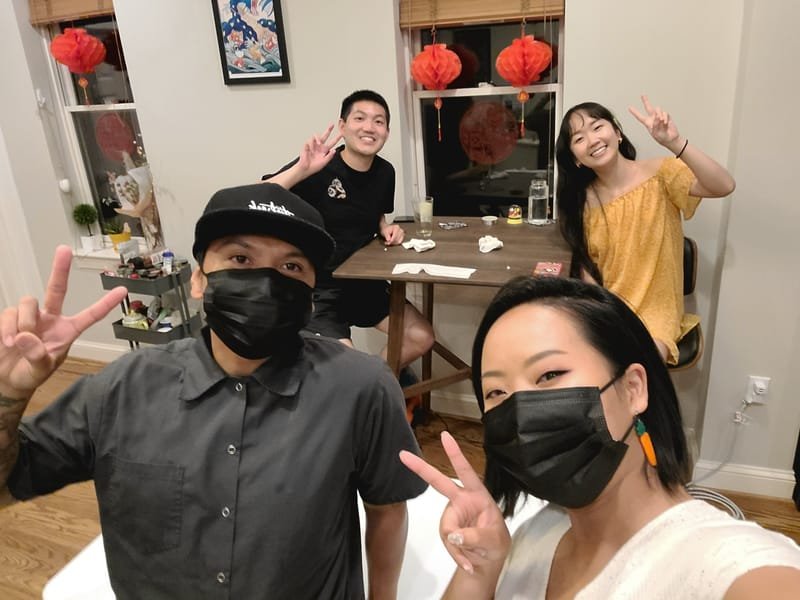 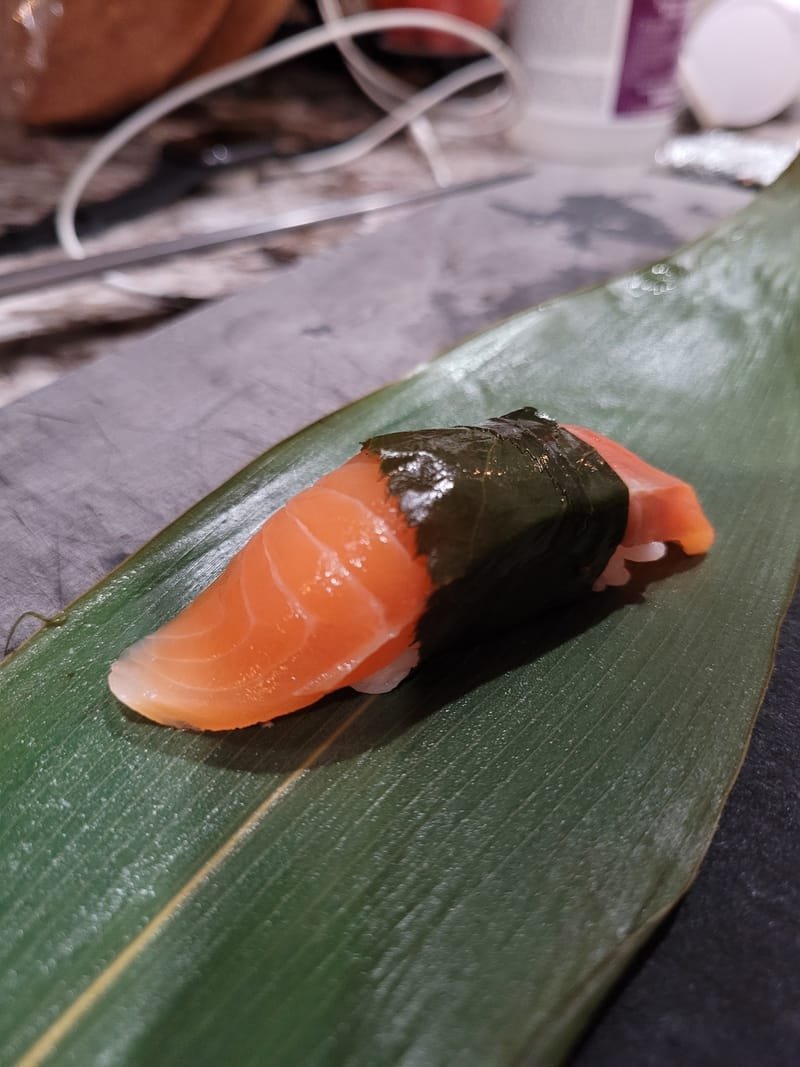 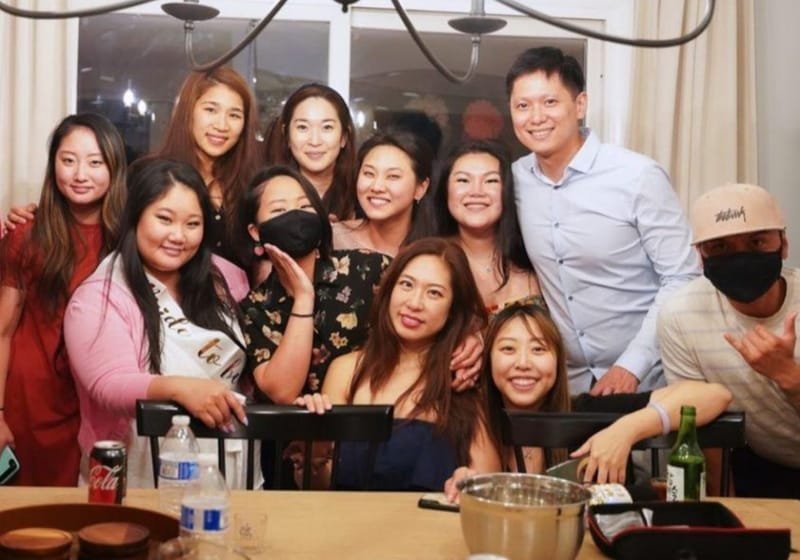 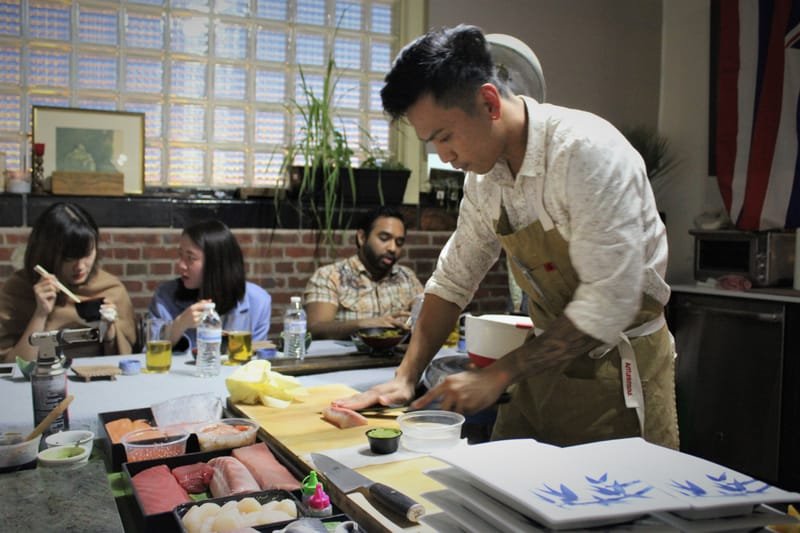 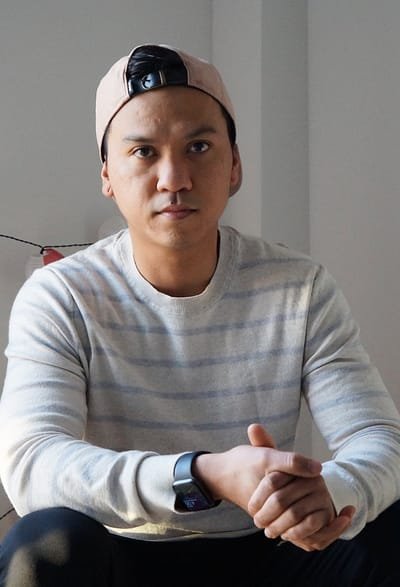 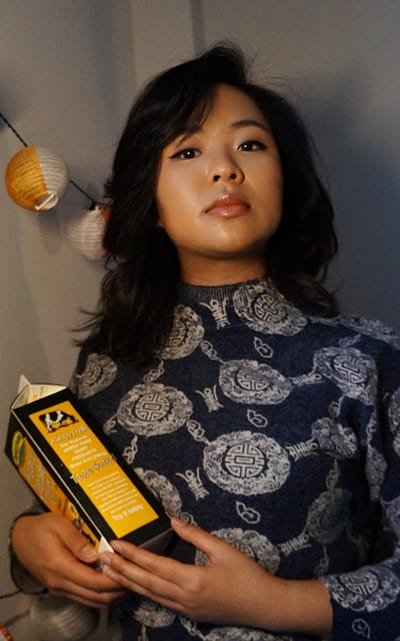 Zach is a pizza-obsessed chef, with nearly 15 years of experience in Japanese Cuisine and Filipino comfort food. He was raised on Hawaii's fresh produce and rich culture, making it a natural rite of passage into his culinary career. He began his first job with washing rice for months, essentially prepping him to work at bigger and better places such as Roy's Ko Olina and Morimoto. Once the beaches and great weather ran its course, he took up an offer to work in DC to establish a Hawaiian food truck with a childhood friend. A million spam musubis and sweaty days later, he jumped right back onto the fine dining scene in hopes of practicing sushi again. Zach found the opportunity to study under celebrated chefs at SEI (Noriaki Yasutake) and Sushi Taro (Nobuhiro Yamazaki), where he worked diligently for 5 years. To top off his workaholic endeavors, he briefly co-launched a food and entertainment business, AlohaCr3w Catering, a side hustle that offered Luaus at any given season. Zach's end goal is to own a small hole-in-the-wall that will offer a café in the morning and an omakase in the evening.

Amy is a Vietnamese-American gremlin from Virginia who has a shameless love for custards and whipped cream.. Growing up, her developing identity crisis enabled her to ignore her roots in exchange for pieces of Korean, Filipino, and Japanese customs to help her accept her own ethnicity. Even Mama Phan played along, like making Oshinkomaki to go with Vietnamese dishes, which unintentionally bridged the gap between Amy's true and adopted cultures. This helped her from putting classism and aesthetics on a pedestal, allowing more space for genuine experiences, especially from a kitchen. Along the way, Amy secretly dropped out of nursing school and applied for her first job at a Korean-owned froyo-gelato shop. Her schedule quickly turned into double shifts, making gelato crepes in the morning and being a sushi apprentice in the evening at Kona Grill. Once she grew tired of the sauced-up rolls, the search for traditional practice became urgent. Amy swiftly moved into DC to work at Donburi, O-Ku, and Sushi Taro (where she captured Zach!). Her role now is baking cream puffs and cooking sushi rice.